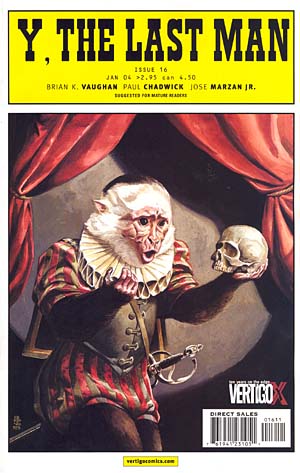 Appearing in "Comedy & Tragedy Act One (of Two)"

Synopsis for "Comedy & Tragedy Act One (of Two)"

An all-female acting troupe discovers Ampersand by himself in rural Nebraska, and are shocked when they discover he is male. This inspires their head writer to come up with a completely new idea for a stage production.

Retrieved from "https://vertigo.fandom.com/wiki/Y:_The_Last_Man_Vol_1_16?oldid=3337"
Community content is available under CC-BY-SA unless otherwise noted.