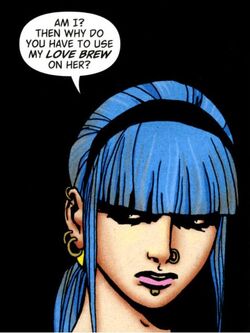 Epiphany Greaves is the daughter of gangster Terry Greaves.